See why businesses choose inspHire to manage their rental processes

When it comes to rental, Boels is one of Europe’s major success stories. Established with one branch in 1977 by Pierre Boels Sr., the company is now one of the fastest growing and leading rental companies in Europe. Based in the Netherlands, Boels employs over 2,000 people and has more than 300 depots in nine European countries - the Netherlands, Luxembourg, Belgium, Germany, Austria, the Czech Republic, Poland, Hungary and Italy. In July 2008 Boels acquired the rental business of Belgian Bobcat dealer Vangaever, including both its CAT-Rent operation and its sister company BCL. At the same time Boels announced the acquisition of Netherlands party and events rental company, diff'Rent, one of the top five party and events rental specialists in the Netherlands.

Boels used a rental management and financial package that they developed and maintained themselves. When the time came to find a suitable replacement inventory rental software system, Boels required a solution that that would cope with the fast growing, dynamic and cross-border company they had become, and be able to handle all the different rental sectors of the business: plant, tools, event and catering.

“The reason that we were looking for a new rental software package was not because of the shortcomings of the functionality of our old system but for our future development. We knew that it would be easier (lower costs) to work with a standard rental package (using new technology and better prepared for the future) instead of trying to develop everything by ourselves. If we had decided on the latter then we knew that we had to look for a new development environment and almost start over again. That said, choosing an alternative standard software application would give us the benefits of newly developed functionality and implementing new technology from a company who is focused on the rental business.”

When Boels began searching the market for an Equipment Rental Software System, they looked at companies with:

inspHire demonstrated that its equipment rental software could cope not only with Boels’ stated requirements, but could also be developed to encompass unique features and specific needs solely for Boels. For example, the system was required not just to be multi-lingual, but to switch between languages during a single transaction. This ability is crucial when, for example, a Dutch company serves a German customer who has crossed the border to hire equipment: The user would wish to search the system in Dutch, and then print an order in German. The inspHire system could deal with this demand, as it could with many other similar issues. inspHire agreed to develop Boels’ minimum functionality requirements before they went live and delivered these in time for the Go-Live date in 2003. “inspHire acted very professionally during that period –and that gave us a good feeling that the rest of the functionality we required, would also be completed in a suitable way.”

After three months’ testing, including Boels’ minimum needs which were also developed and implemented, Boels began to implement inspHire for the Plant & Tool depots (120 depots in the Netherlands, Belgium and Germany). After an initial training session from inspHire, Boels was able to continue the required training of their employees themselves. During and after this project Boels wrote new specifications for the development of inspHire for the Party & Events side of the business.

“These developments were done by inspHire in a professional manner. inspHire supported us very well during this test-period and after the implementation of the software in our Party & Event depots (in one weekend 21 depots)! Problems (critical issues) were solved fast by inspHire particularly during the implementation of the software into our depots. Also, the rapid growth of our organization and its impact on the size of the database and number of users which had also an impact of the use of the software was resolved in a professional manner.” 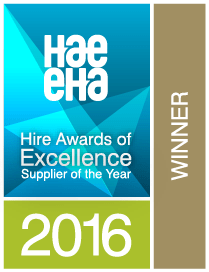 All rights reserved to inspHire Ltd.